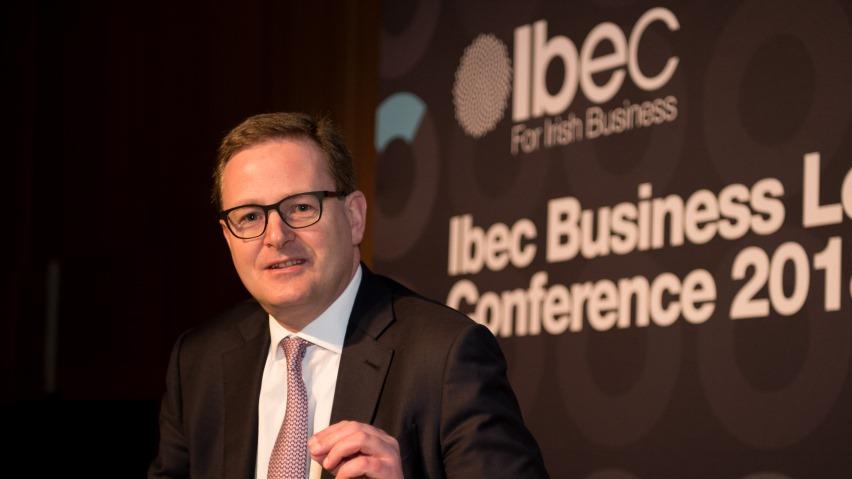 Onshoring of IP to Ireland rather than the UK has become an added dividend associated with the Brexit process according to Michael Jackson, Managing Partner of Matheson, the leading Irish law firm. Jackson told an audience of leading Irish CEOs at the IBEC Business Leaders’ Conference in Dublin on Tuesday, 27 March 2018 the Convention Centre that there were increasing signs that more companies were now looking for locations to onshore their IP that had supportive business environments and where they already had substantive investments. Ireland, he said, is ticking both these boxes for many companies who are now choosing Ireland ahead of alternatives such as the UK.

Jackson went on to highlight the need to continually review and update the legal framework to reflect the speed of change in business and to cater for intangible assets so that it is ‘fit for purpose’.  He is looking forward, he said, to the implementation of many of the HEA’s recommendations following their review of the policy, and its implementation, in this area.

“Ireland is increasingly becoming the location of choice for companies looking to onshore their IP as it has a supportive business environment and is a location with substantive tangible investments already located here for many of the companies involved.  There has been a noticeable move over the last couple of years for more companies to choose Ireland ahead of the UK for such moves, in part at least, because of the issues surrounding Brexit.

“One of the added benefits of this type of move on intangible assets onshore is that the initial move is usually followed by the locating of more senior executives from the company in to Ireland. That has a number of spin off benefits, including payroll and taxes paid as well as a further deepening of the companies’ engagement with Ireland.

“Connected to this trend regarding the onshoring of IP is the need to continually ensure that our legal and regulatory framework is fit for purpose given the strategic importance of the issue.  The HEA have recently completed a review of the policy framework in this area and have made a series of proposals on foot of that review.  I look forward to the speedy implementation of many of those recommendations so that this growth area can build even more value for the Irish economy and exchequer.”