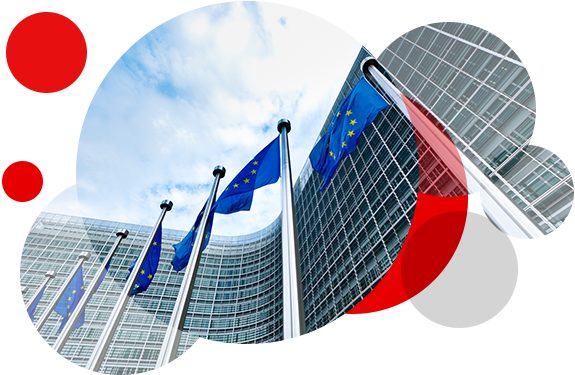 "In Ireland, we would only use Matheson."
Chambers Europe

The EU, Competition and Regulatory Group is consistently acknowledged as an outstanding market leader by clients and international legal directories.  The Group is the largest practice of its kind in Ireland, with a wealth of expertise and resources enabling it to deliver timely and solution-driven legal advice to clients.

Our team of dedicated specialists have experience of working in Brussels, Dublin and London.  Head of Group, Helen Kelly, is regularly recognised as one of Ireland’s leading lawyers, and is the only Irish lawyer nominated in Global Competition Review’s “100 Women in Antitrust”.  Partner, Kate McKenna, is frequently recognised as a “Lawyer to Watch” and a “Rising Star” by international legal directories.

We have a strong track record of representing clients on some of the most significant competition cases in Ireland to date.

“We depend on Matheson on cases which are of supreme importance to our organisation and we would not consider using anyone else.”
Chambers Europe 2019

“The team is superb. It is commercial, incisive, strategic and have a strength and breadth of resources.”
Chambers Europe 2019

"They are able to put the client at ease, are very aware of the seriousness of the issues and are capable of looking into all the material."
Chambers Europe 2018

"They’re incredibly reactive and facilitative – excellent lawyers and reputation – very competent and professional.  In Ireland, we would only use Matheson.  They are our only counsel there and a stronger firm than the others."
Chambers Europe 2016

We advise on requirements for merger control clearance including from the Competition and Consumer Protection Commission (CCPC), the Minister for Communications, and the European Commission.  We have in-depth experience of how to best manage merger control reviews and our team includes a former senior official of the UK Competition and Markets Authority who also spent time on secondment to the CCPC.

We have successfully gained clearance for numerous complex mergers, including EU and Irish clearances at Phase II and subject to behavioural and structural remedies.  We specialise in advising clients on merger control risk when buying and selling businesses, including in competitive bid auctions.  We have in-depth experience across all sectors and markets to include financial services, technology, telecommunications, energy and utilities, healthcare, aviation, and food and beverage.  Matheson has advised on one third of CCPC filings made in 2019/2020.

Advising Three on the European Commission’s Phase II investigation of its acquisition of Telefónica Ireland, ‘O2’, resulting in a clearance of the transaction subject to conditions and on competition and regulatory issues following this clearance.

We advise on competition investigations by EU and Irish regulators, including in particular by competition regulators.  We act for clients subject to investigations and clients reporting issues to a regulator, advising on all stages of an investigation from attending a Dawn Raid, witness summons, information requests, leniency applications, internal investigations, settlement negotiations, litigation and implementing remedies.

We have also developed a “Dawn Raid – Smart Response” app. The app is the first of its kind in Ireland, and helps companies manage a key risk: being subject to a regulatory dawn raid. The app can be customised to clients’ needs. It facilitates smooth management of a raid, preparedness for a raid, and provides insight into our unparalleled expertise in this area.

We advise on contentious competition cases, including the first follow-on action and the only action involving an amicus curiae application in Ireland to date. We have represented both plaintiffs and defendants in some of the most significant competition cases before the Irish courts, including anti-competitive agreements, abuse of a dominant position and follow-on damages actions. We also have experience of litigation before the European Courts in Luxembourg.

We regularly provide EU and Irish advice across a wide range of regulated sectors, such as telecommunications, broadcasting, postal services, life sciences, food / grocery, energy and transport (including aviation, bus and rail).

We have advised many listed companies and market leaders including on compliance and engagement with sector-specific regulators in the context of licensing, regulatory compliance,  and enforcement in particular.  These regulators include, for example, ComReg, the Broadcasting Authority of Ireland, the Health Information and Quality Authority (HIQA), the Health Products Regulatory Authority (HPRA), the Food Safety Authority of Ireland (FSAI), the Advertising Standards Authority for Ireland (ASAI), the Commission for Aviation Regulation, and the Competition and Consumer Protection Commission (CCPC).  We keep abreast of regulatory developments and assist clients in understanding the often complex and technical regulations that apply to their business.

We have also advised clients on appeals and challenges to regulatory decisions made by Irish regulators, including by way of judicial review.