Irish Court of Appeal Decision on Enforcement of Foreign Judgment

The Irish Court of Appeal (the “Court”) recently upheld a decision of the High Court confirming that jurisdiction for the purposes of Order 11 should not be exercised in favour of a plaintiff unless it can show it is likely to obtain some practical benefit from the proceedings. Matheson’s update in relation to the High Court judgment is available here.

In 1997, BEG S.p.A. (“BEG”), an Italian company, received a concession from the Republic of Albania to construct and operate a power plant in Kalivaç, Albania, and thereafter entered into a cooperation agreement with an Italian energy company, Enel S.p.A (“Enel”), in order to determine the feasibility of the project. Subsequently, BEG entered into an agreement with Enelpower S.p.A (“Enelpower”), an Italian subsidiary of Enel, to extend the period of cooperation.  In 2000, the parties terminated their relationship and, consistent with the agreement, BEG brought Italian-seated arbitration proceedings against Enelpower asserting breach of contract, and the tribunal’s award in favour of Enelpower was subsequently upheld by Italian courts.

However, in 2004, Albaniabeg Ambient Shpk (the “Applicant”), an Albanian subsidiary, commenced an action which alleged tort and unfair competition against Enel and Enelpower (the “Respondents”) in Albania, in relation to the same project. The first instance court ruled in favour of the Applicant, which decision was upheld by the Albanian appellate courts (the “Judgment”). 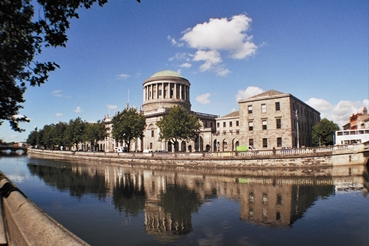 Since Albania is not an EU / EFTA country, the grounds for refusing enforcement are broader than under the Brussels / Lugano regimes.  For such countries, like Albania, Order 11 of the Rules of the Superior Courts applies to proceedings in Ireland to enforce such judgments.  Although Order 11 allows an Irish court a broad jurisdiction for such cases, the exercise of that jurisdiction is discretionary.

The Court of Appeal upheld that for an Order 11 application to succeed, an applicant must generally establish (i) that it has a good arguable case; (ii) that it is likely to obtain a practical benefit from the proceedings and (iii) that it satisfies the comparative cost and convenience requirements of Order 11, Rule 2.

Although the decision addressed all of these criteria, the real question in the appeal came down to the second limb of the test identified by the High Court, namely whether the enforcement of the Albanian judgment in Ireland would serve any useful purpose given the absence of any assets on the part of Enel in Ireland.

Whist it was held that it was not a pre-requisite that a respondent have assets in the jurisdiction, the Court concluded that it was “not asking too much of that litigant to demonstrate that it stands to obtain some practical benefit from those enforcement proceedings, even if that benefit is an indirect or prospective one.”

He was of the view that a court should hesitate to allow enforcement proceedings in respect of a foreign judgment where the sole benefit for the judgment creditor would be to obtain the imprimatur of a neutral, internationally respected court with regard to the foreign judgment or award and it would be rarely correct to do so for this sole purpose when enforcement proceedings have been determined or are pending in the courts of other third country jurisdictions.

Since the question of whether recognition or enforcement in Ireland would be a "judgment" for the purposes of Article 2(a) of the Brussels Regulation (Recast) (thereby allowing recognition and enforcement in other EU Member States) was not specifically argued in this case, the Court chose to express no view on this.

This decision is now the leading authority for the proposition that, before an Irish court will assume jurisdiction, an applicant must be able to show some legitimate benefit will ensue from an Order recognising and enforcing a non-EU / EFTA judgment in Ireland.  In addition to approving the High Court decision in the same case, it is also consistent with the High Court decision in Yukos –v- Tomskneft regarding enforcement of a foreign arbitral award in Ireland.