This year the Central Bank’s inquiry process has been subject to challenge, but ultimately has received a resounding endorsement by the High Court in decisions against two former directors of Irish Nationwide Building Society (INBS), Mr Michael Fingleton and Mr John Stanley Purcell. 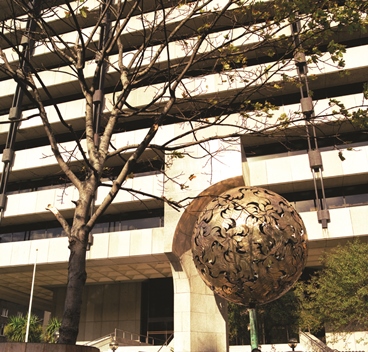 In July 2015, the Central Bank of Ireland (“CBI”) published a Notice of Inquiry confirming that it was to investigate alleged regulatory breaches by INBS, and by persons concerned in its management (the “Inquiry”). This was the first time the CBI exercised its ability to refer a case to inquiry under the Central Bank Act, 1942.

Subsequently, separate challenges aimed at overturning the CBI’s decision to carry out the Inquiry were brought by Mr Fingleton, the former chief executive of INBS and Mr Purcell, a former director of INBS.

Michael Fingleton’s challenge was dismissed by the High Court in January 2016. His primary argument had been that the CBI had no power to involve him in the Inquiry, since he was a former INBS employee and was not currently concerned in the current management of the society. Additionally, Mr Fingleton challenged the Inquiry on the basis that his involvement in the ongoing civil action with IBRC which related to the same circumstances obliged him to “fight on two fronts”. He contested that his ability to be tried had been compromised by the prejudicial publicity both cases had received. The High Court dismissed these claims along with a claim of financial hardship, with Mr Justice Noonan offering a strong endorsement of the CBI’s administrative sanctions procedure.

In July 2016, Mr Purcell’s challenge was similarly dismissed in the High Court by Mr Justice Hedigan, the reasoning for which closely follows the earlier judgment dismissing Mr Fingleton’s challenge. Mr Purcell had challenged both the validity of the CBI’s decision to include him in the Inquiry, as well as the constitutionality of the CBI’s administrative sanctions procedure.

It was argued on behalf of Mr Purcell that the Inquiry imposed on him a burden disproportionate to the public interest in inquiring into the 2008 banking collapse. Mr Justice Hedigan refuted this argument and stated that financial institutions require “constant in-depth surveillance” in order to prevent the banking crisis repeating itself and “an inquest into what went wrong, and who was responsible, will be an essential part of such control”.

Mr Justice Hedigan considered a number of points in dismissing the challenge brought by Mr Purcell. While a number of years had passed between the decision to hold an Inquiry and the relevant events, Mr Justice Hedigan did not accept that there had been any resulting prejudice caused to Mr Purcell by the delay. He also reiterated that Mr Purcell could not be absolved of responsibility merely by virtue of the fact that he was no longer involved in the management of INBS or by the fact that he was a party to a settlement with the State in civil proceedings against former INBS directors. Finally, Mr Justice Hedigan did not consider there to be any basis to suggest that the publicity concerning Mr Purcell could affect the Inquiry members.

Status of the Inquiry

The Inquiry is, and has at all stages of proceedings always been, free to continue with its investigation. The CBI conducts its inquiries with strict confidentiality, so the current status of the Inquiry is effectively unknown. An Inquiry management meeting was announced for 29 July 2016, the same day as Mr Purcell’s High Court action was dismissed, being the third management hearing in private in relation to the Inquiry.

The judgements are indicative of the court’s recognition of the vital role of the financial regulator in regulating and enforcing the financial sector. Indeed, as Mr Justice Hedigan commented in his judgment in the Purcell case, “it is to be hoped that a thorough inquiry of the kind proposed in this case will illuminate the mistakes both corporate and personal that brought about [the collapse of INBS] which was a national financial disaster.  The public interest in knowing what happened is overwhelming.”