Does your organisation second employees from within the EU to work in Ireland temporarily?  If so, take note of the new reporting obligations introduced under the European Union (Posting of Workers) Regulations 2016 (the “Regulations”), recently signed into Irish law in order to implement the so-called Posted Workers Enforcement Directive 2014/67/EU (the “Directive”). 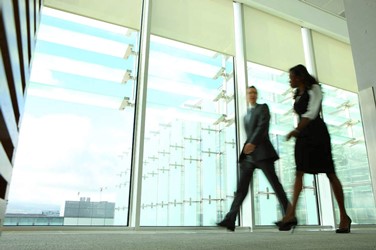 In order to monitor compliance with such requirements, the Regulations require service providers posting workers to Ireland from within the EU to furnish certain information to the Workplace Relations Commission no later than the date on which the work begins. The required information includes the identity of the service provider, the anticipated number of posted workers, the time period of the posting, the address of the workplace to which each worker is to be posted, and the nature of the services justifying the posting.

The service provider is also obliged to inform the WRC of the designated person who will liaise with the WRC in relation to the posted workers, and where it will store and make available at the request of the WRC, documentation relating to each posted worker, including their contracts of employment, payslips, time sheets, and proof of payment of wages.

The Regulations do not provide for a minimum period of posting in order to trigger the above requirements. It is noteworthy that, for Irish immigration law purposes, a distinction is drawn between persons who are working in Ireland and those who are visiting Ireland for business purposes. It would appear that it is not the intention of the Regulations to require notification to the WRC of every business visitor to Ireland from an EU Member State, and such a requirement would pose logistical difficulties.

Failure to comply with the new disclosure requirements can give rise to the imposition of a fine of up to €50,000. Directors, managers or other similar officers of a body corporate may also be personally liable where the offence can be attributed to that person. Further, in the construction industry the Regulations provide for the creation of joint and several liability of the contractor and sub-contractor in respect of unpaid wages due to a posted worker in certain circumstances.

This article was authored by Partner Niall Pelly and Senior Associate Geraldine Carr.