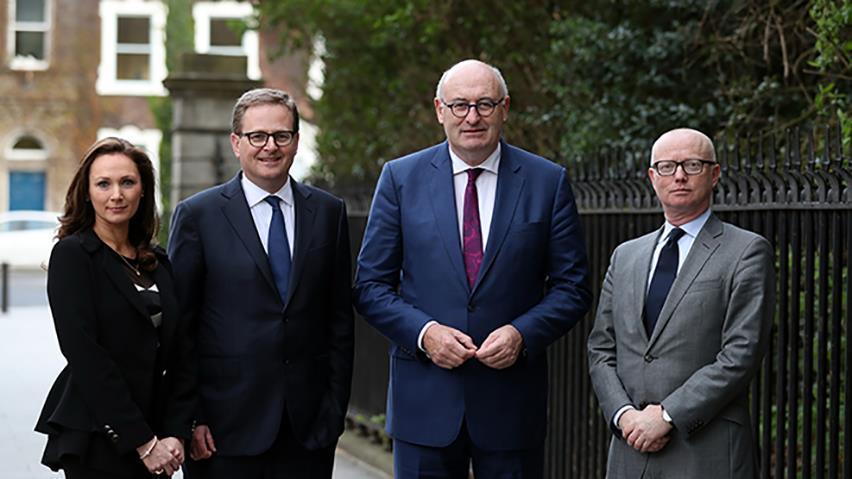 The event provided a forum for senior industry stakeholders and Irish business leaders to discuss current Brexit political, legal and economic dynamics. It focussed on the progress of the Brexit negotiations, key withdrawal and transition issues, together with specific Irish impacts.

Irish industry sectors represented on the night included transport, technology, energy and natural resources, food and beverage, property and construction, medical devices and pharma, banking and financial services. Commissioner Hogan shared his views on the British political landscape and challenges; the EU political landscape; and the Irish border question, with a Q&A session chaired by Matheson’s Managing Partner, Michael Jackson. In particular, Commissioner Hogan highlighted the delicately balanced parliamentary situation in the House of Commons, the related importance of the local elections in England coming up on 3 May and the continued robust support from the EU and its member states on  the Irish border question.

Also contributing was Dan O’Brien, Chief Economist at the Institute of International and European Affairs, Ireland's leading foreign affairs think tank. Mr O’Brien provided an overview of Ireland’s current economic position in the context of Brexit, with an analysis of strengths, weaknesses, opportunities and threats for attracting FDI and defending against negative impacts of Brexit. In the context of Ireland’s current economic fundamentals, ahead of the event in Dublin yesterday Mr O'Brien commented that the picture for foreign direct investment continues to be good for Ireland, consistent with performance over the longer term and that, notwithstanding the challenges of past economic circumstances, the inflow of FDI was not disrupted. He observed that the corporation tax threat from Europe is consistently overstated for a number of reasons.

Managing Partner at Matheson, Michael Jackson said: “Economically, legally and politically, Brexit will have substantial and long-term implications and impacts for the future relationship between the UK and the EU, including Ireland. With less than a year to the expiration of the two year period prescribed by Article 50, uncertainty as to the outcome of the nature of that future relationship persists.

In the absence of the necessary clarity around Brexit, businesses, and particularly regulated businesses for which an EU passport is important, have no option but to prepare for a hard Brexit as recommended by Michel Barnier this week. While we at Matheson continue to hope that there will be a withdrawal agreement providing for a soft Brexit and a transition period will be achieved, we have for some time at the firm been advising clients to prepare for the worst case scenario of a hard Brexit. This includes securing their long-term ability to access European markets beyond Brexit and assisting many financial institutions with their regulatory applications and Central Bank engagement.”