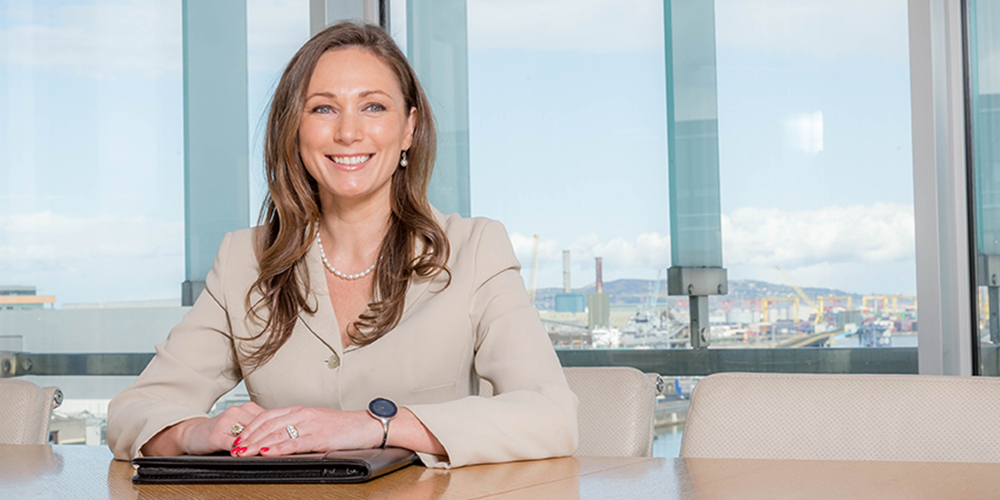 Liz Grace is a partner at Matheson with a background in financial services law. Liz was appointed communications strategy director at the firm in 2016.

Liz’s background in investment funds law stems from several years of practice in the area, working from early on in her career in 2000 with Matheson’s global asset management client base in the establishment, operation and re-structuring of Irish domiciled investment funds.

Following on from that, she established the first dedicated knowledge management function at practice level with the Asset Management and Investment Funds team in Matheson, focussing on the law and regulation of investment funds and asset managers, in particular in relation to emerging European and Irish legal and regulatory developments affecting asset managers and investment funds. In 2012, Liz wrote the first university Funds Law syllabus in Ireland for Maynooth University. Liz’s postgraduate qualifications include a master’s degree in law from Oxford University.

“Elizabeth Grace is fantastic. It is very rare to have a partner who would have so much interaction, so she’s very hands-on. Elizabeth’s been very active, and has worked on things that make it clear she’s not acting from a self-interest standpoint”.
Chambers Europe 2017

“Elizabeth Grace has “technical knowledge second to none” and provides “rigorous attention to detail”.”
IFLR1000 2017

Clients say: "Her dedication and work ethic comes through very strongly. She is a relatively young partner and has clearly impressed the firm ….. Funds has also been a male dominated world and yet she has emerged as a strong lawyer who is even more impressive because of this. She is clearly respected in the field."
Chambers Europe 2016

“At university level there are more and more female undergraduates choosing to study law, and it is really important for these female students to be able to see examples of success such as Liz Grace, a Partner in Matheson’s Asset Management Group, who has reached the very top of her profession.  It is a huge boost for female students to see this. Liz is fantastic at working with and engaging with the students, and for many of our female students she is an inspiring role model. It is hugely significant for students to interact with and work with leading female partners”.
Professor Michael Doherty, Head of the Law Department, Maynooth University

"Liz Grace brings a standard of excellence into the classroom. She is uniquely able to combine academic knowledge with her rich real world experience to the enormous benefit of our students. I know that many of our female students view her as an inspiring role model."
Professor Sandeep Gopalan, Founding Professor of the Maynooth University Department of Law; Dean of Deakin Law School, Australia