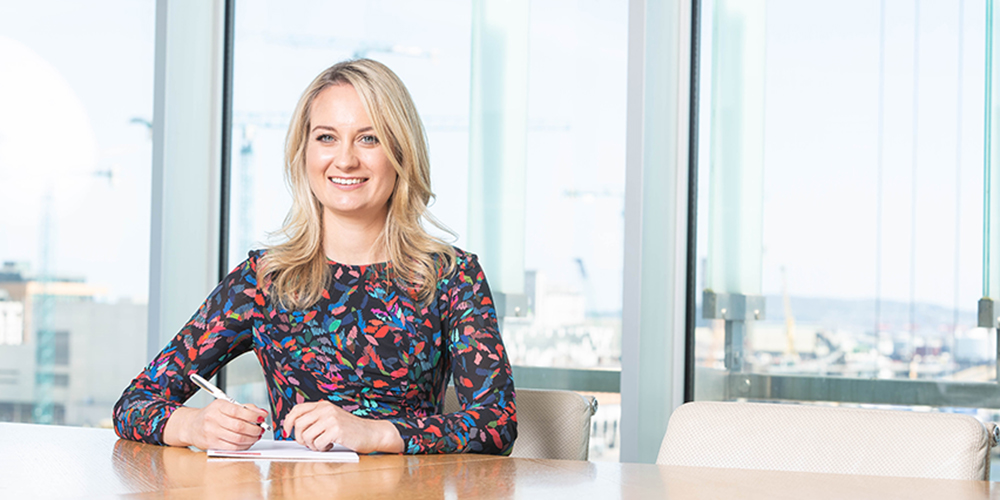 Sally Anne Stone has "a unique understanding of international occupiers".

Sally Anne is a partner in the Commercial Real Estate Department at Matheson and leads the international real estate practice as well as the occupier advisory and transaction practices. She is an accomplished and commercially focused lawyer with over 10 years’ experience in large scale acquisitions and disposals; site development; commercial landlord and tenant; real estate investment, commercial real estate aspects of corporate transactions, including the sale and purchase of both private and public companies; and advising owner/occupiers on the acquisition of office, industrial, manufacturing, and technical/data centre premises.

Sally Anne advises both landlords and occupiers on the largest and most significant real estate transactions in the Irish market. She has a breadth of experience in running sophisticated transactions and her in-depth knowledge of the market has resulted in her being first choice as trusted advisor to some of Ireland’s largest occupiers (both tenants and owner/occupiers) on the development, letting and ongoing management of their office and technical space. Sally Anne has advised one of the largest international tech giants for over 10 years in respect of all its real estate requirements in Ireland.

Sally Anne has been involved in many of the landmark transactions across Dublin. She is project lead on several of Dublin’s largest development projects advising on site acquisitions, estate set-up, development, letting and sale of commercial and residential/ PRS assets. She also advises several Irish and non- Irish institutional investors on the acquisition of large scale assets

Sally Anne has advised on many of the market’s major commercial real estate deals and some of the largest real estate transactions in Ireland in the last five years.

'Sally Anne Stone stands out as a partner who is knowledgeable, reactive and able to apply her knowledge to quickly progress a project.‘
Real Estate: European Legal 500 2020

“Sally Anne Stone has exceptional attention to detail and is very strong in acting for occupiers.”
Real Estate: European Legal 500 2020

Sally Anne Stone is "a pleasure to work with on any real estate project’ and has 'exceptional knowledge of pertinent legal issues".
Real Estate: European Legal 500 2019

"Sally Anne Stone and Rhona Henry have strong attention to detail, deliver within a demanding timeframe, and are nice people to deal with."
Chambers Europe 2019

Sally Anne is "excellent, exceptionally good. She will be the star of the legal conveyancing firms in Ireland".
Chambers Europe 2019

"Her expertise is phenomenal."
Chambers Europe 2018

Sally-Anne is “diligent, always on top of the issues and is a great advocate."
Chambers Europe 2018

"She knows what to push for in negotiations and is really approachable."
Chambers Europe 2018

Sally Anne Stone is ranked as an up and coming individual.
Chambers Europe 2018

Admitted as a solicitor in Ireland

Admitted as a solicitor in England and Wales (non-practising)

Admitted as a chartered tax consultant in Ireland